There was a special Anzac Remembrance ceremony before the game, where all the players from both teams stood together in a big circle.

SSFA started the game strong with 2 quick goals. St George were tough competitors and saved many goals. Christina, our coach gave us really good advice at half-time, which helped us. It was difficult to get the ball sometimes but we kept fighting hard to win the ball back. All players had an awesome game and we won the game. Special mention of Alexia who scored a hat-trick and played goal keeper for the first time and saved many goals. She was voted player of the match by the team. 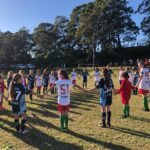 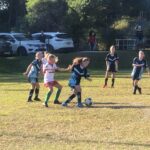 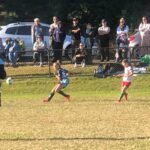 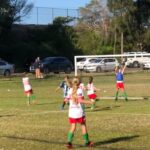 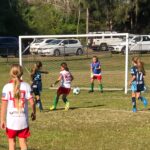 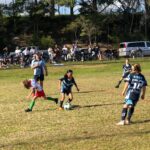 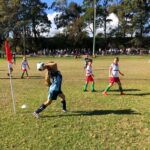 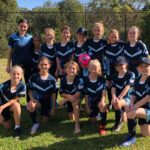